Nadezhda - software for increasing the reliability of logic circuits by changing the structure of combination sections at the gate-level verilog netlist.

The fault tolerance of logic circuits is currently attracting increased interest. This is due to a number of objective reasons, including the high importance of microelectronics for fault-critical applications in the field of Space and Industry. Here is a simplified classification of destabilizing effects, as well as a classification of the errors caused by these effects. And here is another one of those objective reasons – it is a rapid increase in the soft error rate in combinational logic compared to other types of errors. It is due to the some technology trends on the soft error rate of combinational logic. 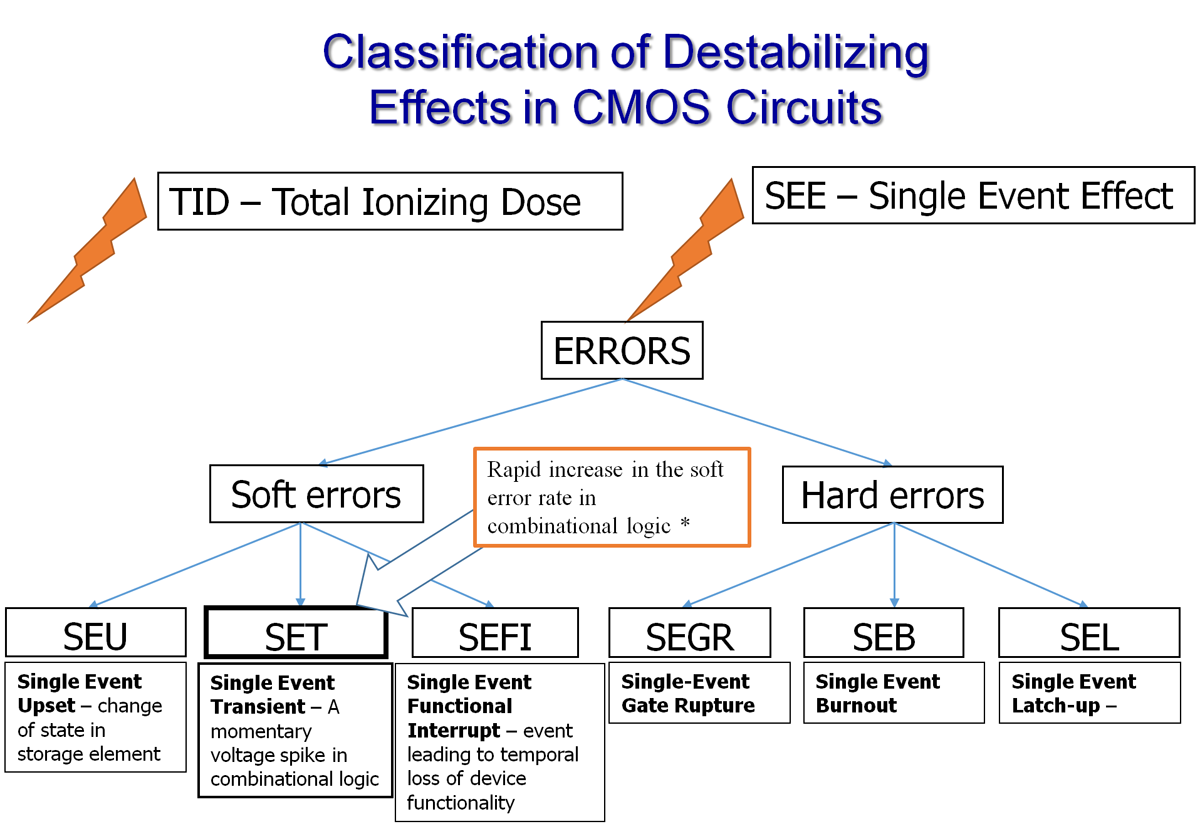 There is a large set of methods for designing around SET. In our research we deal with the most influential but probably the most underestimated technique – logic masking. It is believed that Logical masking is technology-independent and has the most impact on the soft error rate (SER) of the circuit. 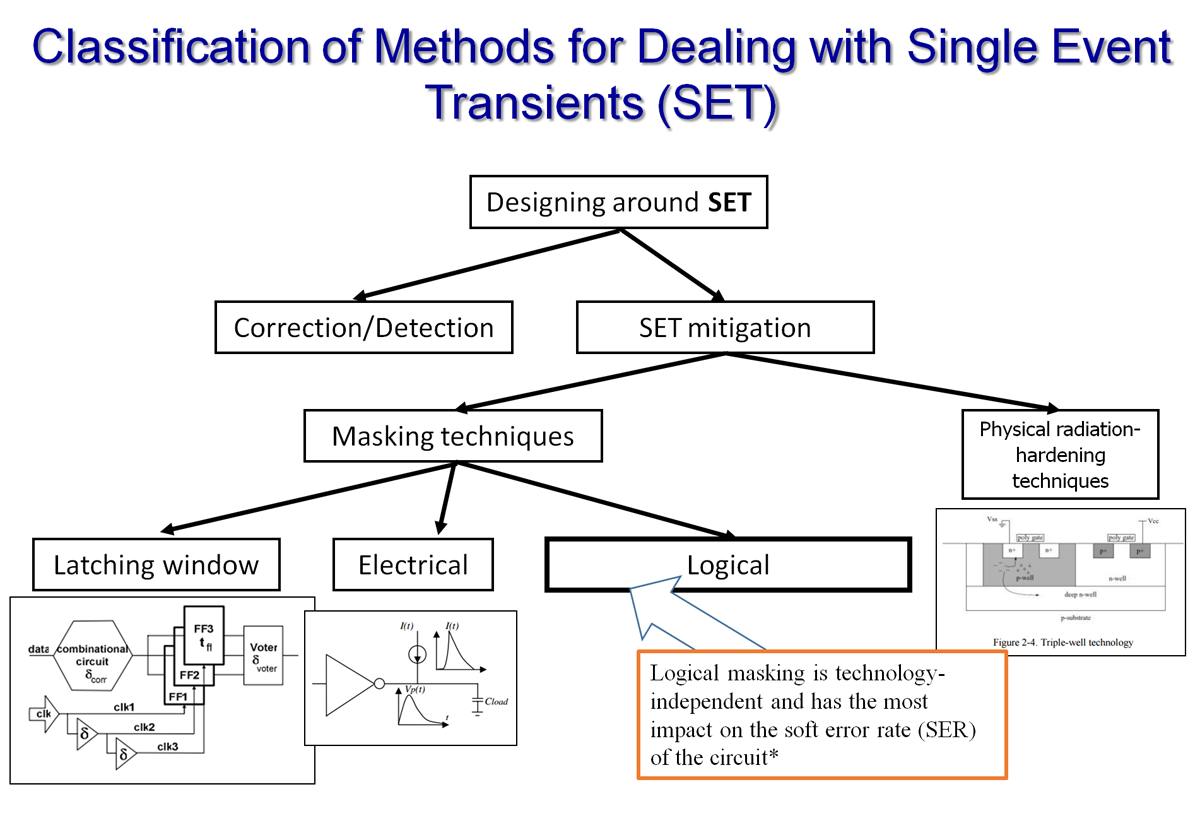 Actually, there are three types of Masking:

Logical masking is the most undervalued mechanism, because on the one hand it is technologically independent and has the greatest influence on the final SER, and on the other hand it is not supported by any commercially available EDA systems. 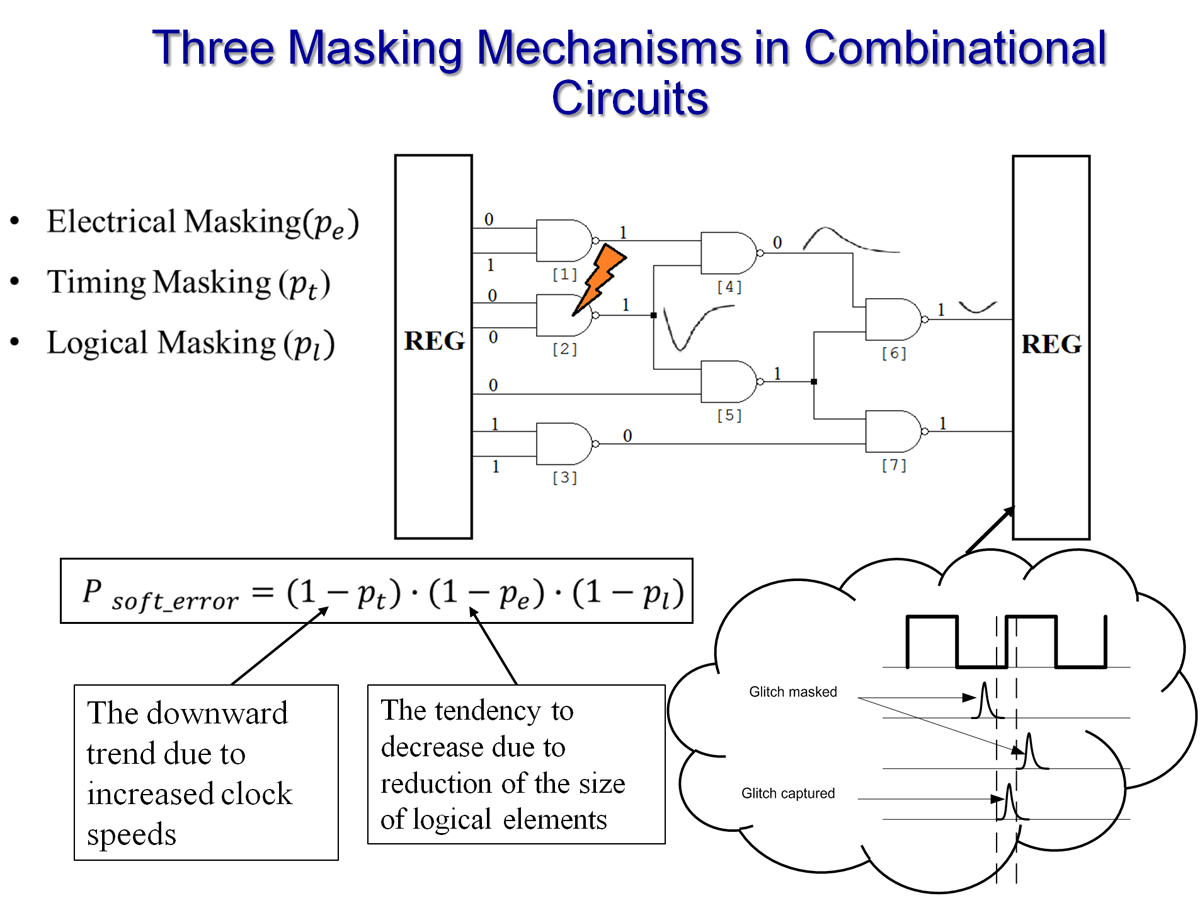 Nadezhda is designed to reduce the probability of errors at the outputs of combinational circuits due to charged particles hit. Algorithm is iterative and at each iteration it goes through 3 main stages:

The metric can be averaged logical masking, sensitive area, or even a corrected sensitive area that takes into account electrical masking of cells. The resynthesis algorithm is greedy, that is, at each iteration, it chooses the implementation of the subcircuit that has the least contribution to the sensitive area. Thus, the metric of the circuit's sensitivity to failures is guaranteed not to increase during the resynthesis process. When the algorithm reaches the limit on the number of iterations or run time, the resynthesized circuit is written to a file and verified - it is checked for equivalence with the original one. 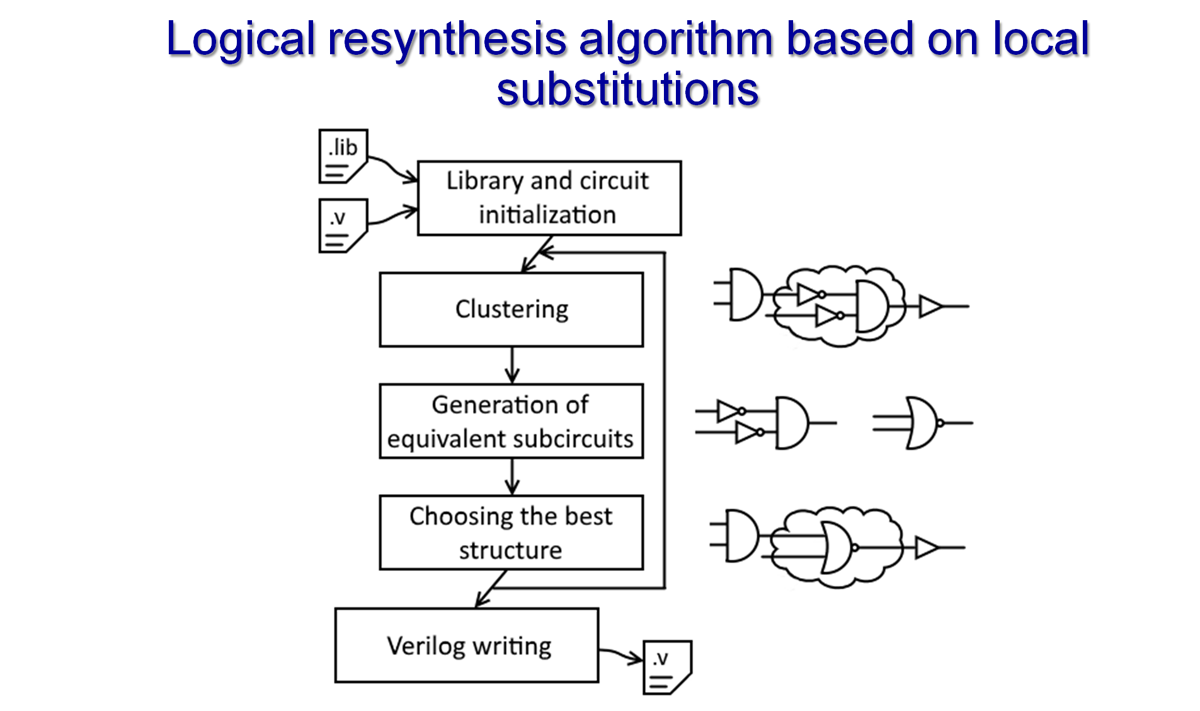 Logical resynthesis method can be applied both at the technology-independent stage and at the post-mapping stage, when the circuit is already presented in a certain technological library. Currently, there are no methods of mapping into technology library that keep logical masking properties. Therefore, Nadezhda works with gate-level design, expressed in terms of a standard library. However, if the user has only RTL design, then we can provide preliminary synthesis in the open program Yosys. You can consider Nadezhda as a separate step in the flow, or it can be treated as one more step in the multi-step logic synthesis process. 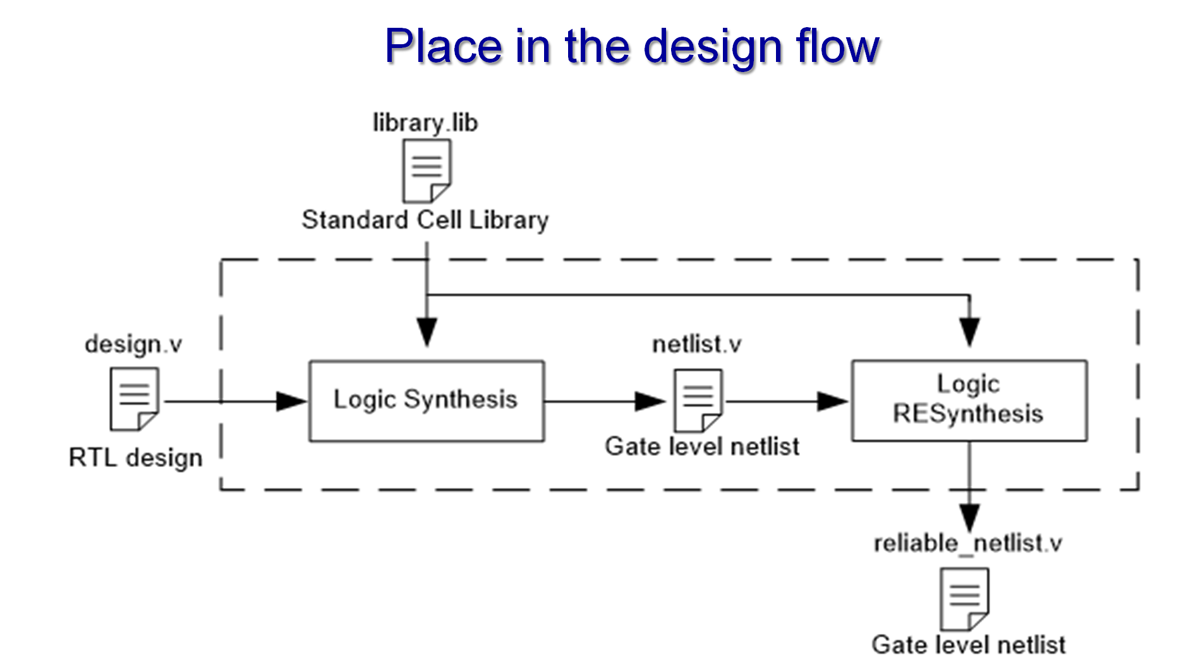 Nadezhda can give different benefits for different circuits. It depends on the function of the device, the modes of the initial synthesis, the structure of the circuit, the settings of the algorithm and the selected constraints. 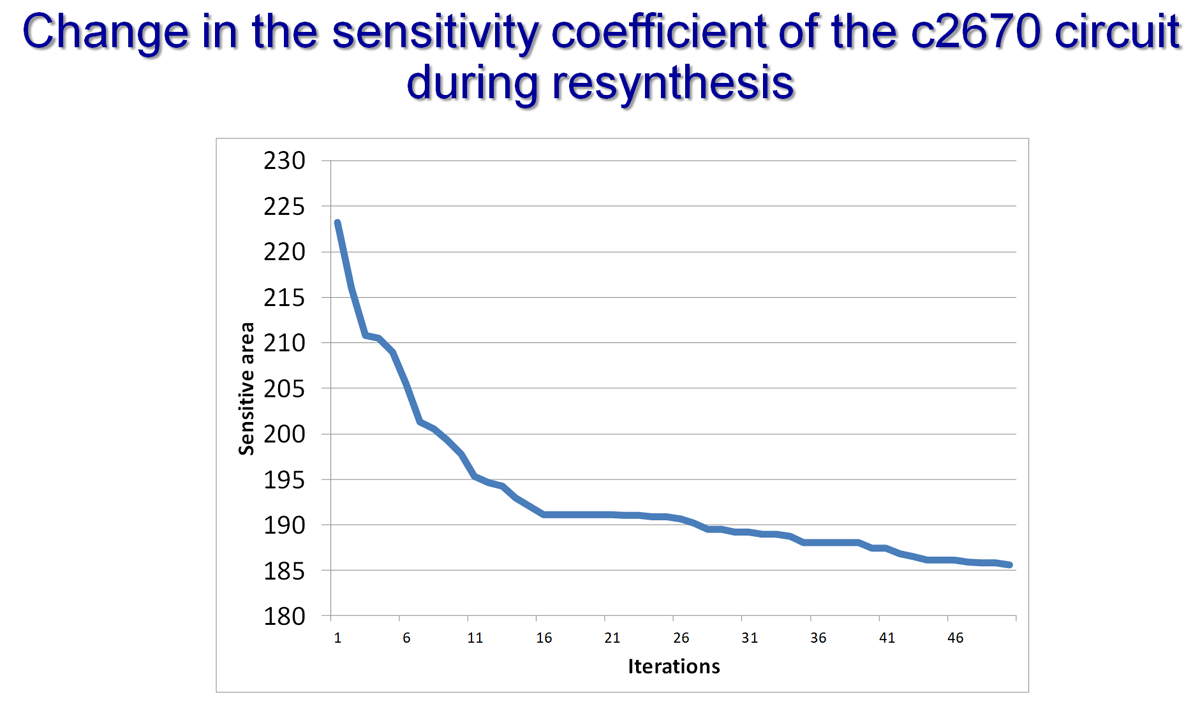 -y
Yosys flag, indicates that netlist has to be mapped using Yosys before resynthesis

Windows:
Linux:
You can also use example in resynthesis.py for testing purposes: